Kyle Torpey is a freelance writer and researcher who has been following Bitcoin since 2011. His work has been featured in VICE Motherboard, Business Insider, NASDAQ, New York Post,The Next Web, American Banker, and other media outlets. You can view all his work at kyletorpey.com or sign up for his personal newsletter.

Many are predicting that 2019 will be the year Bitcoin’s Lightning Network sees massive growth and becomes a more common way to make bitcoin payments, and a new company based in England’s East Midlands hopes to help with that process.

Today, FastBitcoins.com has announced the launch of its cash-based bitcoin exchange, which includes Lightning Network integration. With this new exchange, users will be able to avoid touching the blockchain when they decide to buy or sell bitcoin for cash.

The new exchange was founded by former Neo & Bee Managing Director Danny Brewster, who says he is on a mission to restore his credibility after his last venture infamously failed in spectacular fashion.

Brewster is also behind AAO Global, a company that provides store operators with digital kiosks that can be used by customers to purchase anything from prepaid cell phone minutes to Xbox Live subscriptions. The plan is to add FastBitcoins.com as one of the 5,000 voucher options on these hardware terminals.

“We take away the current pain points blocking normal people buying bitcoins; there is no complex process involving signing up to a Bitcoin exchange or network and having to convert your money,” said Brewster. “Customers can now just walk into a Fastbitcoins.com partner shop and buy bitcoins with the same ease and speed as buying a prepaid telephone/cell-phone credit/top up voucher.”

The FastBitcoins.com terminal was originally debuted in December 2018 when a reporter bought 10 pounds worth of bitcoin from a touchscreen in the back of a London taxi.

“We are also building relationships with other distributors for integrating with our FastBitcoins.com systems to enable the sale of vouchers through their existing hardware,” added Brewster.

Earlier this month, Bitrefill also stepped into the Lightning space when it launched Thor, a service that allows customers to open Lightning channels on demand.

FastBitcoins.com’s fees start at 6 percent to buy bitcoin and 3 percent to sell for unregistered users. Fees become lower if the user is willing to register an account or verify their personal information.

In terms of buy and sell limits, Brewster stated, “You must be registered to sell to us, and the limit depends on the retail locations near the user and their limits for paying out cash. The buying limits depend upon jurisdiction, but you can buy up to £250 worth of bitcoin in the UK per voucher without an account. However, we do have monitoring in place to ensure the structuring of transactions isn’t occurring.”

Currently, FastBitcoins.com’s products and services are available at locations in the U.K., but the company plans to have some locations set up in Canada before March as well. Locations set up in the U.K. right now include convenience stores, money transfer agents, a tattoo parlor, and the aforementioned London black cab. 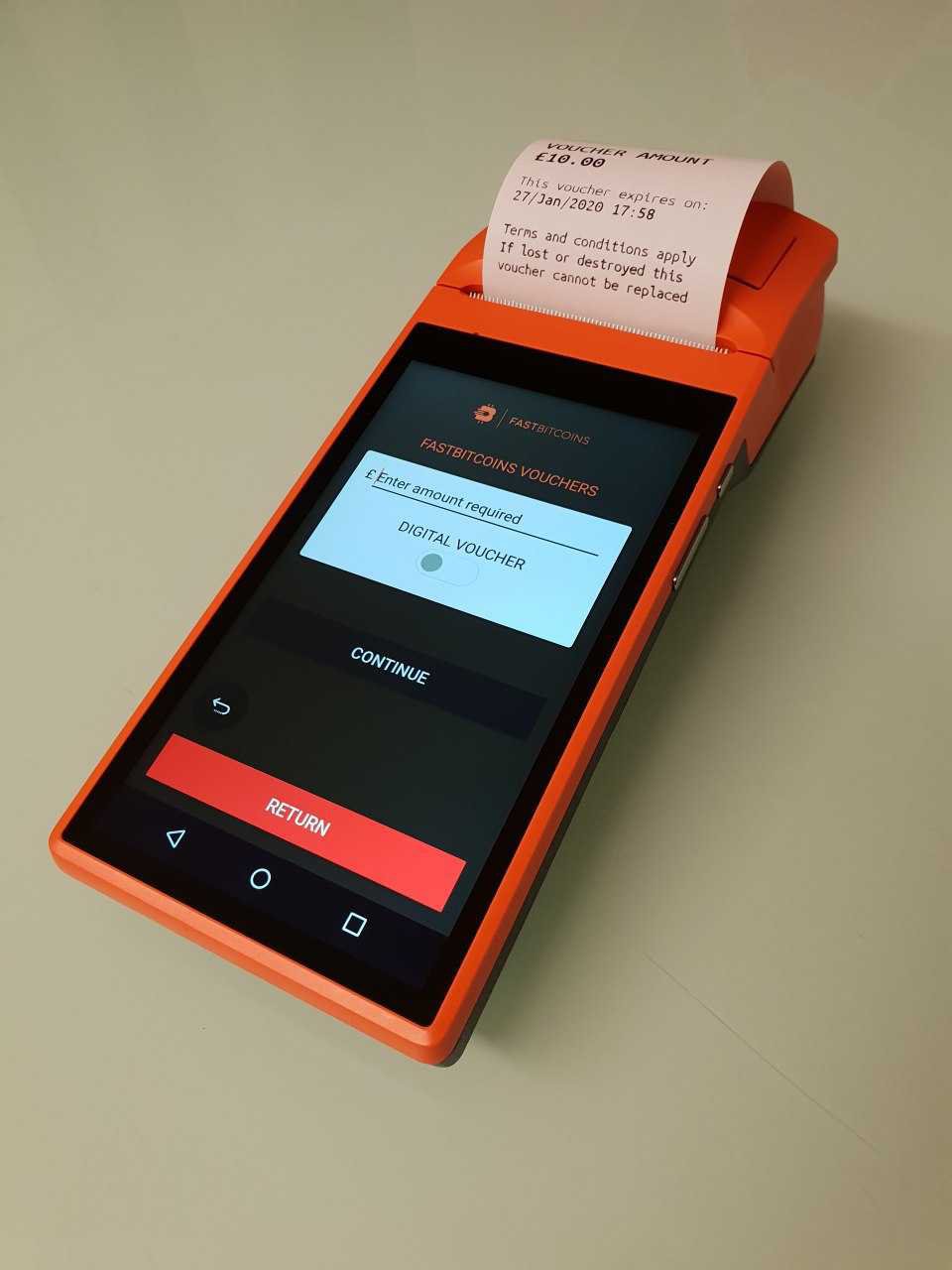 Tippin.me was used as the destination for redeeming the voucher via the Lightning Network. Thankfully, FastBitcoins.com had a Lightning channel open with Tippin.me.

Those who are new to the Bitcoin space may not be familiar with Brewster’s controversial past.

Back in 2014, Neo & Bee was building a “bitcoin bank” and payment system in Cyprus. This was not long after the bail-ins happened in the European country, and there was a lot of hype around the Neo & Bee project. Shares of Neo & Bee’s parent company, LMB Holdings, were made available via the Havelock Investments platform, which was sort of a more centralized precursor to the ICO mania seen in 2017.

Neo & Bee seemed to collapse as soon as it was open for business. In short, Brewster was facing allegations of fraud, LMB Holdings trading was halted on Havelock Investments and Brewster ended up leaving Cyprus to go back to the United Kingdom.

Brewster claimed a threat was made on his daughter’s life after he returned to the U.K.

“Regular messages directing me to hang myself were commonplace for the first year,” said the former Neo & Bee managing director.

According to Brewster, he eventually met with Cypriot police in the U.K. for a five-hour interview regarding the various allegations against him on the condition that he did not have a lawyer present.

“I knew I was innocent,” said Brewster. “I attended what turned out to be a five-hour interview and made a recording using my mobile phone. By the end of the interview the officers stated that the case would now be closed and passed to the Attorney General’s office for them to close it, because it was evident that no crime had been committed and the allegations were false. They also offered the advice to see those responsible in court for the accusations they have made, in an effort to recover the financial losses caused by their actions.”

At the end of 2014, Neo & Bee was listed, behind the collapse of Mt. Gox and the ongoing trial of alleged Silk Road administrator Ross Ulbricht, as the third biggest crypto scandal of the year, as rated by CoinDesk.

Mastering Bitcoin author Andreas Antonopoulos and Adamant Capital founding partner Tuur Demeester both posted their accounts of what had happened with Neo & Bee, as Antonopoulos consulted for them and Demeester had bought one share in the company.

According to Brewster, the company’s issues started with a simple accounting error. He shared his full take on the saga in a 2017 interview with Bitcoin Uncensored.

“When all that was happening I was polishing my coding abilities and building FastBitcoins.com,” Brewster told us.

For Brewster, FastBitcoins.com is part of his plan to make Neo & Bee investors whole again. The business is structured in a way where it never holds customer funds, and they offer complete transparency when it comes to exchange rates and fees.

“Given my past, I am fully aware that I will be under more scrutiny than anyone else in the Bitcoin community,” said Brewster. “But I see this as an opportunity because it also puts more onus on me than anyone else in this space to deliver a safe and trustworthy service. The easiest thing for me to have done would have been to walk away from the industry altogether, or employ someone to be the public face of the business. Yet, despite my past and all of the false allegations thrown at me, I’m committed on two things: correcting mistakes made and bringing the benefits of Bitcoin to society.”

Brewster has pledged to take profits from his new venture at FastBitcoins.com to help make all Neo & Bee investors whole. Brewster says around 20 percent of outstanding Neo & Bee tokens have been settled one way or another, and two of those former Neo & Bee investors are now shareholders in Brewster’s new company.

Those who invested in Neo & Bee can make a claim on their investment losses at NeoDisrupt.com.