Simon Denny: Exploring the World of Blockchain Through Art

That’s according to Berlin-based New Zealand artist, Simon Denny, whose latest exhibition, Blockchain Future States at the Petzel Gallery in New York City looks at the cultural implication of what blockchain application across different sectors could mean globally.

Full-length, cut-out images of the leaders of three major blockchain companies — Digital Asset Holdings LLC, 21 Inc. and Ethereum — demand attention as they stand near globe-like objects with oversized special editions of the board game ‘Risk’ and Pokémon cartoons, highlighting what each company thinks needs to be achieved for a new world order.

The fact that contemporary artists are exploring the world of blockchain highlights the new status achieved by bitcoin’s underlying technology that surpasses the hype surrounding bitcoin. 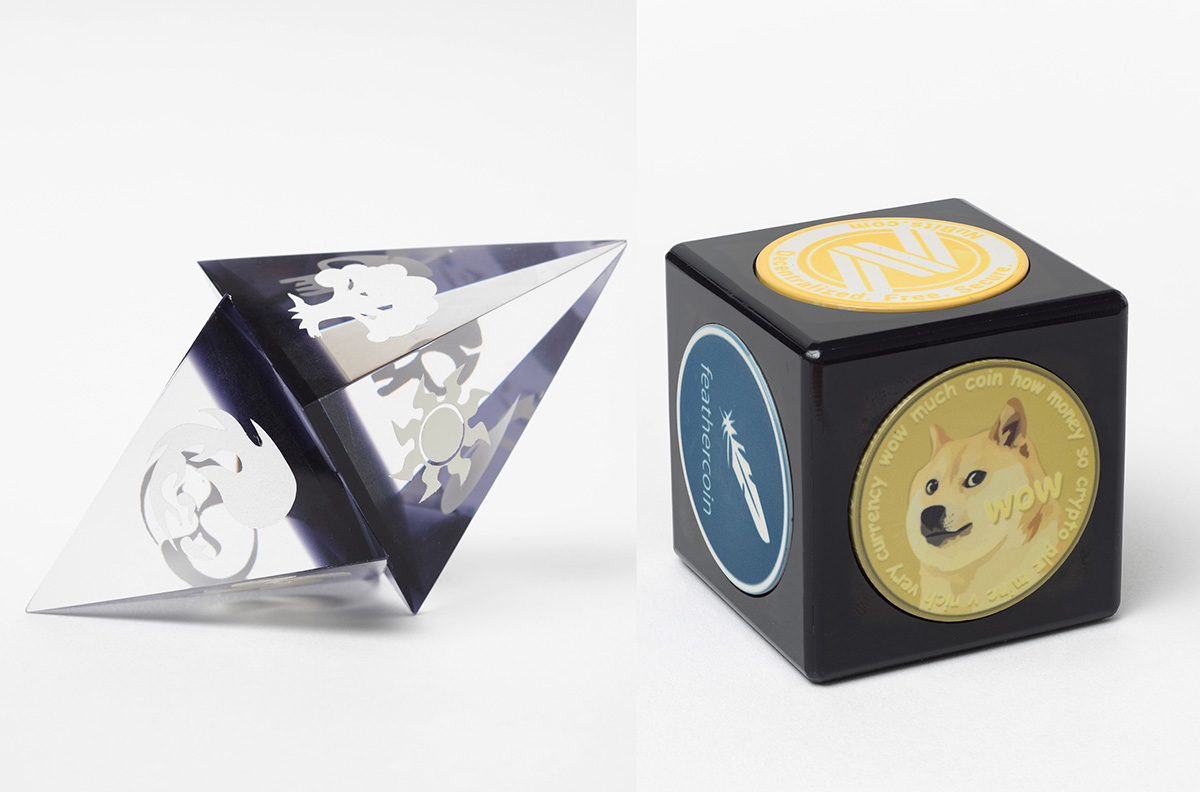 Of course, while blockchain technology is gaining popularity in many parts of our day-to-day lives, it can still come across as a complicated subject. Through the use of art, though, audiences can better understand the technology and its global impact as it is combined with objects they are familiar with.

Speaking to 123Cryptocurrency, Simon said that there are many of interesting cultural and systemic debates focused on the technology.

“There seems to be a kind of land grab for the blockchain system that is happening across many spaces in technology and finance,” he said.

For somebody interested in culture, now seems to be the right time to make this exciting moment more accessible to people not immediately involved in the world of technology or finance, Denny said.

“I think that work that is being done by blockchain visionary companies right now has the potential to change some of the most fundamental societal building blocks from which our world is built,” he said. “Money, sovereignty, trust: These are the things which are potentially at stake here, and are being reimagined by very smart, very active people.” 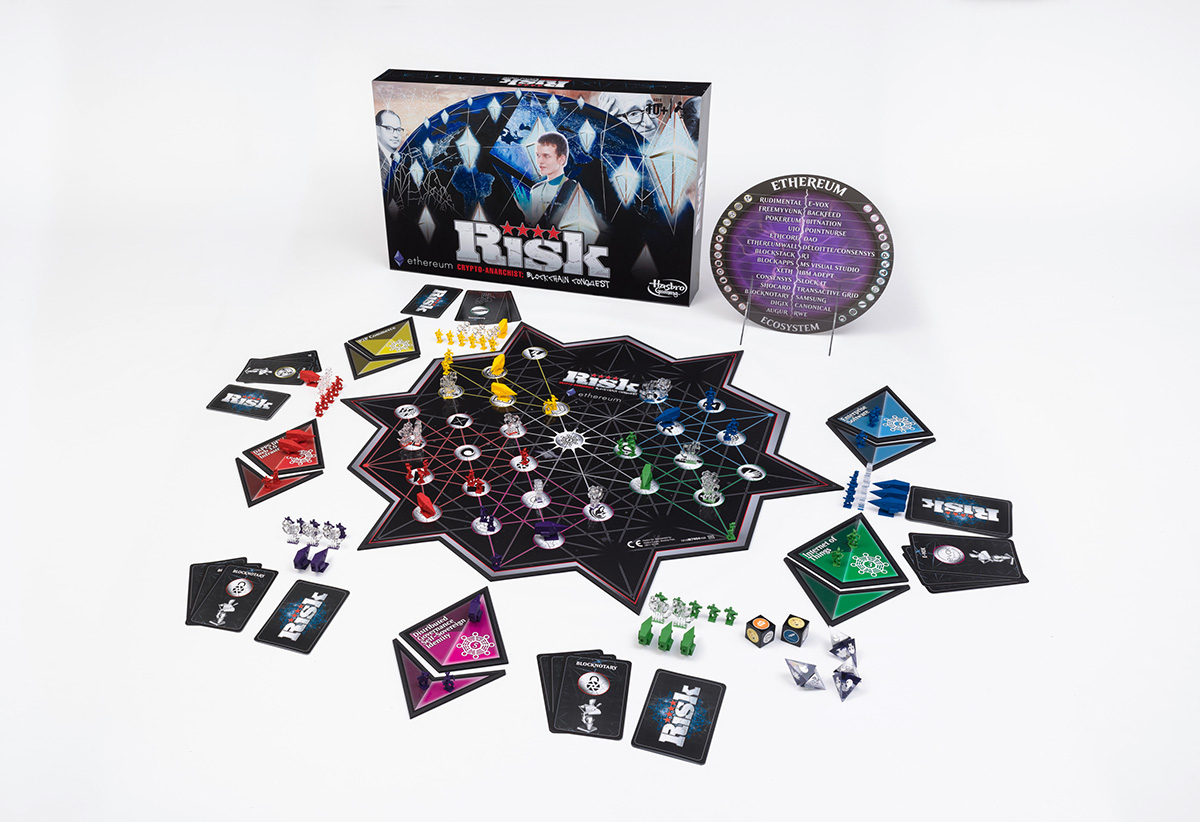 Simon believes blockchain is the technologist’s solution for creating the building blocks of a more distributed global future as more people become dissatisfied with key institutions such as governance and finance.

“I want to open up the appeal of something that can seem quite complicated and technical to an outsider and make accessible some of that excitement to a cultural audience,” he said.

Initially, Simon wasn’t interested in bitcoin; however, it was only last year that he looked more into blockchain after making an exhibition that dealt with the history of hacking and focused on the cyberpunk legacy behind digital currencies.

“The idea that it was about automating verification, replacing elite groups and organizations with code, and code as law made me more interested,” he said.

As a result, his latest exhibition, Blockchain Future States, focuses on companies that deliver a contrast in their sectors and focus on blockchain. From capital markets and fiat currencies with Digital Asset Holdings, through West Coast technology and Bitcoin with 21 Inc., to a type of international anarchist/engineer and alternative currency with Ethereum, each position helps to establish the possibilities of blockchain technology.

However, while Simon states that while it’s easy coming up with the ideas for his exhibitions, executing them can be a challenge.

“There is a balance between staying true to the subject matter [and] giving people a great exhibition experience with textures, colors, forms and information, while keeping in mind attention spans and levels of interest which may not match my own.” 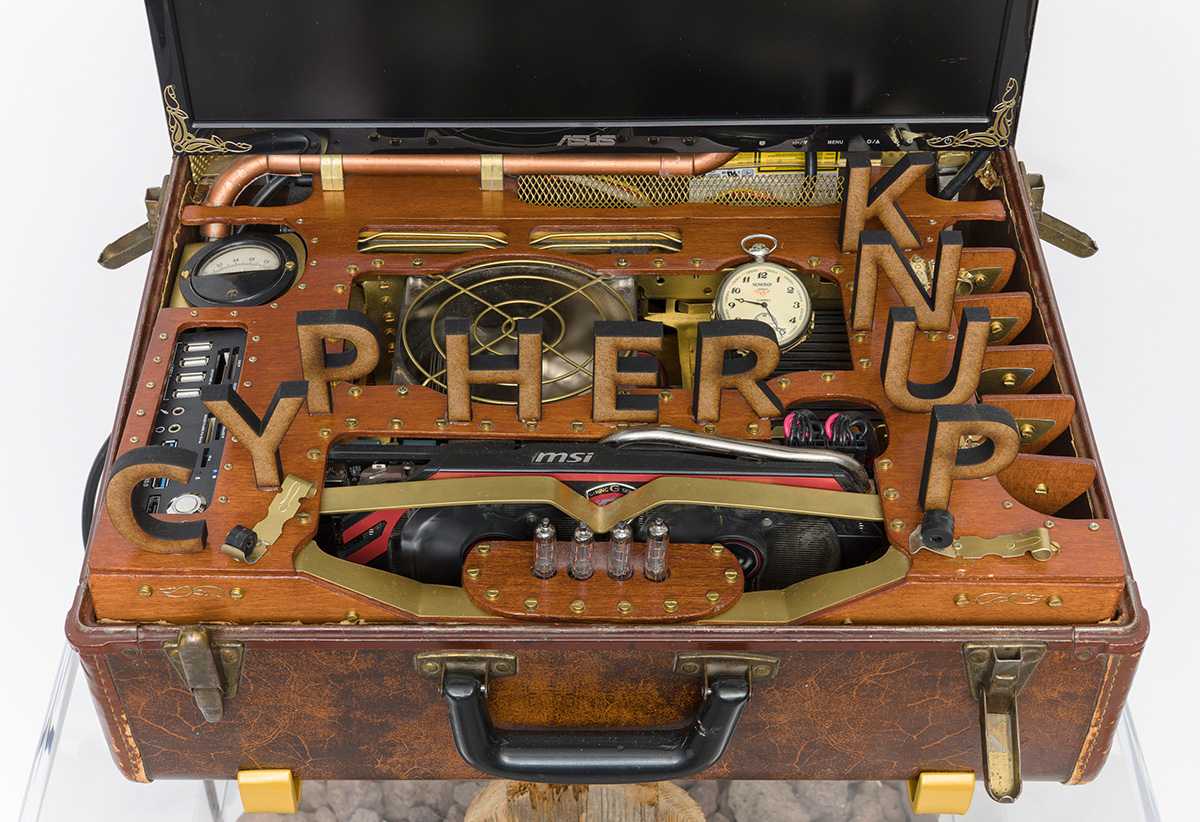 Simon is planning on taking another version of his New York exhibition to Los Angeles in January 2017 at the Hammer Museum.

At present, he is working on a new show for Shenzhen, China, that looks at the markets there and how the region has turned into the “Silicon Valley of Hardware” for many people involved in global technology. He is also working on developing a show at the campus of online retailer Zappos in Las Vegas in December, based on their vision of distributed governance and its impact on downtown Las Vegas.

Images by supplied by Simon Denny from his exhibit Blockchain Future States.